There are phases of life in which sufficient sleep becomes a luxury. If you’re changing, you’re probably doing the same. In menopause, sleep disorders are at least one of the classic symptoms.

According to surveys of women aged 50 and over, these problems are most felt:

Here, one should not ignore the connection: Nocturnal hot flashes or sweats also disturb the night’s rest. This again indirectly leads to extreme sleep disturbances. All in all, just over 60 of the women in the menopause complain about it.

Problems with sleep are common at this time. But do you just have to accept them like that? We say no!

After all, everyone deserves a restful night and there are tips and tricks as well as natural remedies to help you address the sleep problems before and after the menopause. You can find everything in this article.

What causes the extreme sleep disturbances during menopause?

Since a number of diseases and deficiency symptoms can lead to sleep disturbances, the cause is not always easy to determine. For this reason, you should always rule out possible diseases in case of problems with sleep. So the first way is to go to the doctor.

But how does a sleep disorder, which is triggered by the change, manifest itself?

In order to identify the reasons for sleep problems during menopause, we first have to consider what the change is.

First and foremost, strong hormonal changes occur in your body during this time. The female reproductive organs gradually cease their work, resulting in a decrease in two important hormones:

It is thanks to this loss of hormones that we wake up at night in a sweat-bathed way. The well-known hot flashes and sweats.

The climate can also lead to a drop in the melatonin level in your body.

What does melatonin have to do with it?

Melatonin,also known as the “sleep hormone,” is produced in our brain and regulates the day-night rhythm in the body. The low estrogen balance in menopause indirectly leads to lower production of melatonin. The result is problems with sleep.

How long do sleep disturbances typically last during menopause?

First of all, it is important to know that the depth of sleep decreases automatically with age. This is also the case with men. To a certain extent, less deep sleep is therefore quite natural.

Since the menopause is divided into several phases, extreme sleep disorders can also vary greatly. At the beginning of the change, the sleep disturbances are usually observed when menstruation is suspended.

The climate continues about a year after the last month of bleeding. As a rule, sleep returns to normal after menopause. But that doesn’t mean that all sleep disorders have been overcome.

Snoring can also be a problem

According to surveys of women after menopause, snoring is more frequent during this time, although the intensity is also stronger. Sleep apnea syndrome can even occur in a particularly pronounced form. These are short pauses during sleep, which often make sufferers wake up in the middle of the night. Interrupted oxygen supply can become a long-term problem. In case of suspicion of sleep apnea or severe snoring, it is therefore necessary to look to the doctor.

You should not underestimate problems with sleep. The shortened resting phase of your body can have far-reaching consequences. The resulting lack of sleep leads, among other things, to recurrent exhaustion and can also lead to a permanent drop in performance.

In addition, there are mental health problems. Permanent sleep deprivation can lead to easier irritability, mood swings or even depression. Partial symptoms for which you are more prone to change anyway.

So what helps against extreme sleep disorders during menopause?

Demonstrable relief provides hormone replacement therapy. The problem is that hormone therapy can cause serious side effects. These include:

Hormone replacement therapy should therefore only be used after extensive consideration and only for severe alternating symptoms.

Sleep disturbances can also be treated with natural means. This is much less aggressive and the side effects are significantly more harmless compared to hormone therapy.

What natural treatments can help?

Probably the most sustainable alternative to hormone therapy is a holistically healthy lifestyle. Nutrition is particularly important. Be sure to regularly eat fresh vegetables and fruit. The vitamins and nutrients keep your body healthy.

Regular exercise is also important for health. If you spend yourself physically, it also makes it easier to fall asleep in the evening. In addition, you should abstain from alcohol and nicotine as much as possible.

Soy products could also help you with a sleep disorder caused by general change symptoms. These contain so-called
phytoestrogens

. These are certain natural substances that can have a similar effect in our body as hormones and hot flashes or other alternating symptoms. However, for certain cancers or liver problems, you should do without them.

Probably the most traditional natural treatment are medicinal herbs. They have a much gentler effect on the body and can have demonstrable positive effects in the event of alternating discomfort.

You tried everything and still can’t find sleep? Then we have a few tips for you at the end. 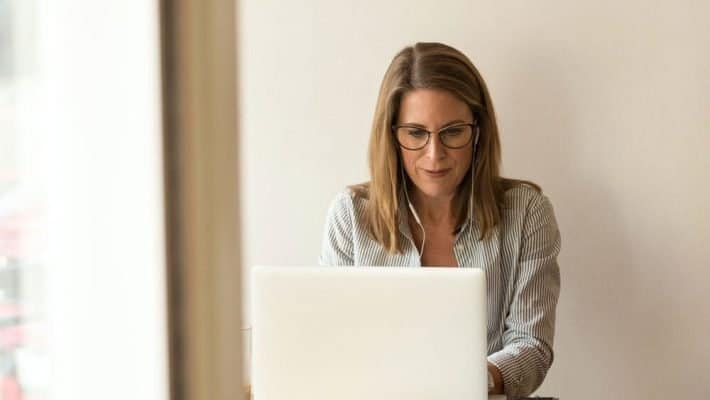